In our equations, we have regarded \(x\) as growing, and as a result of \(x\) being made to grow \(y\) also changed its value and grew. We usually think of \(x\) as a quantity that we can vary; and, regarding the variation of \(x\) as a sort of cause, we consider the resulting variation of \(y\) as an effect. In other words, we regard the value of \(y\) as depending on that of \(x\). Both \(x\) and \(y\) are variables, but \(x\) is the one that we operate upon, and \(y\) is the “dependent variable.” In all the preceding chapter we have been trying to find out rules for the proportion which the dependent variation in \(y\) bears to the variation independently made in \(x\).

Our next step is to find out what effect on the process of differentiating is caused by the presence of constants, that is, of numbers which don’t change when \(x\) or \(y\) change their values.

Let us begin with some simple case of an added constant, thus:

Neglecting the small quantities of higher orders, this becomes

If the additional constant had been of negative value, such as \(-5\) or \(-b\), it would equally have disappeared.

Take as a simple experiment this case:

Now plot these values to some convenient scale, and we obtain the two curves, Fig. 6 and 6a . 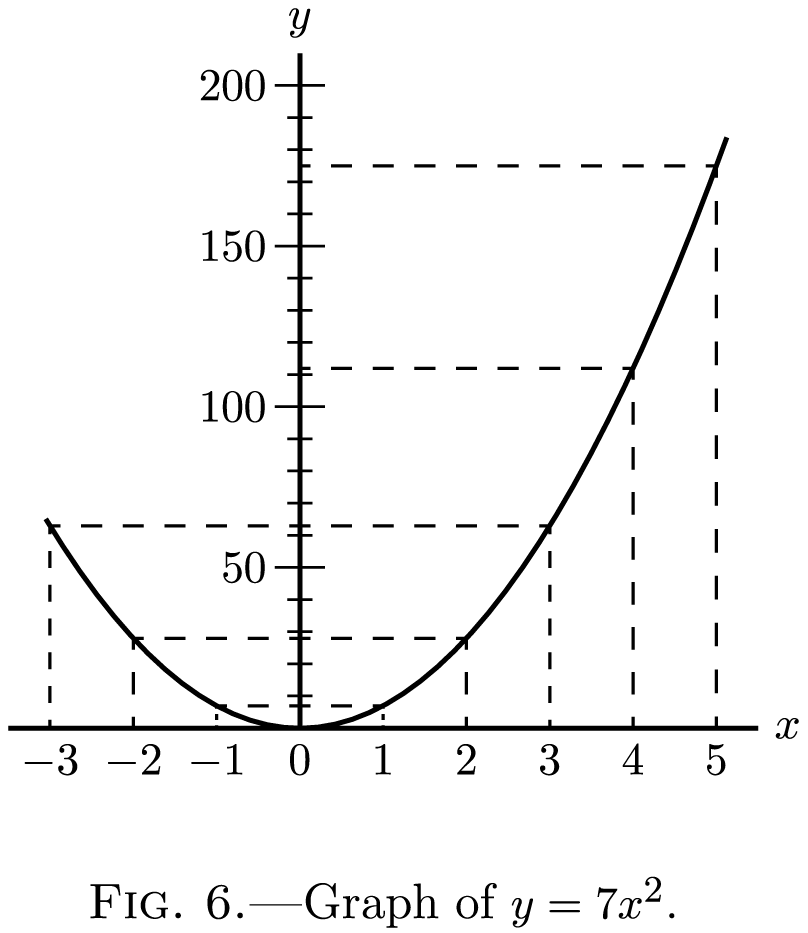 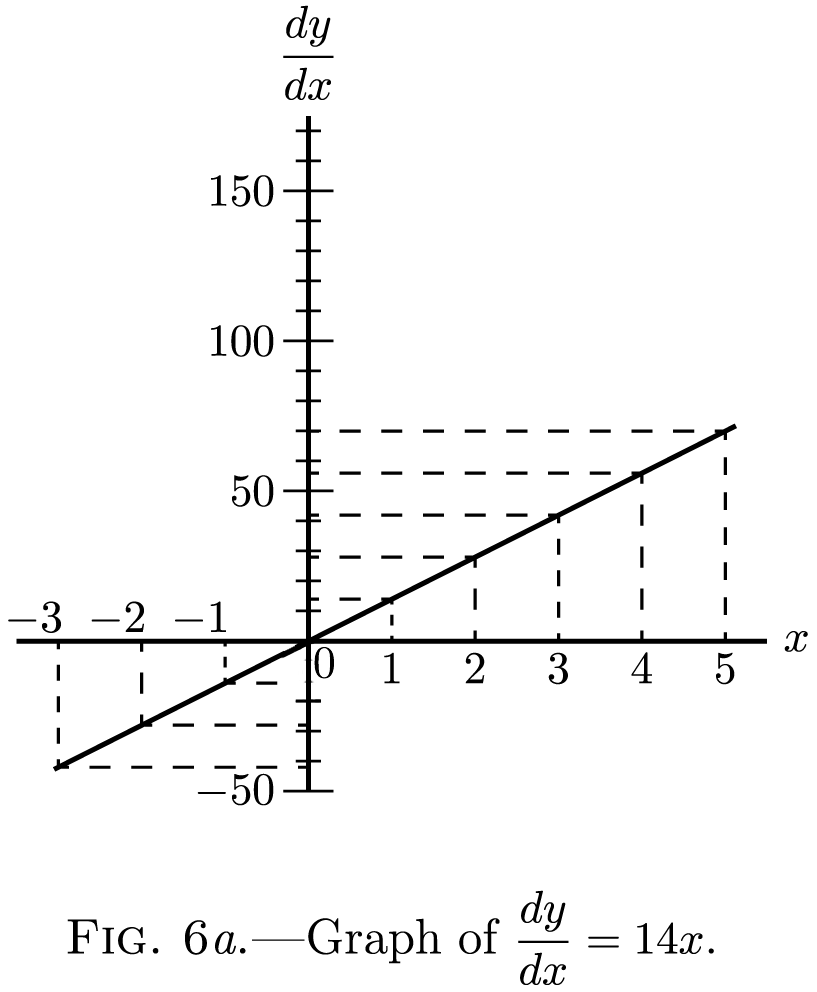 If we had begun with

we should have had

The following further examples, fully worked out, will enable you to master completely the process of differentiation as applied to ordinary algebraical expressions, and enable you to work out by yourself the examples given at the end of this chapter.

As a rule an expression of this kind will need a little more knowledge than we have acquired so far; it is, however, always worth while to try whether the expression can be put in a simpler form.

Make up some other examples for yourself, and try your hand at differentiating them.

\((11)\) Find, from first principles, the rate at which the following vary with respect to a change in radius: