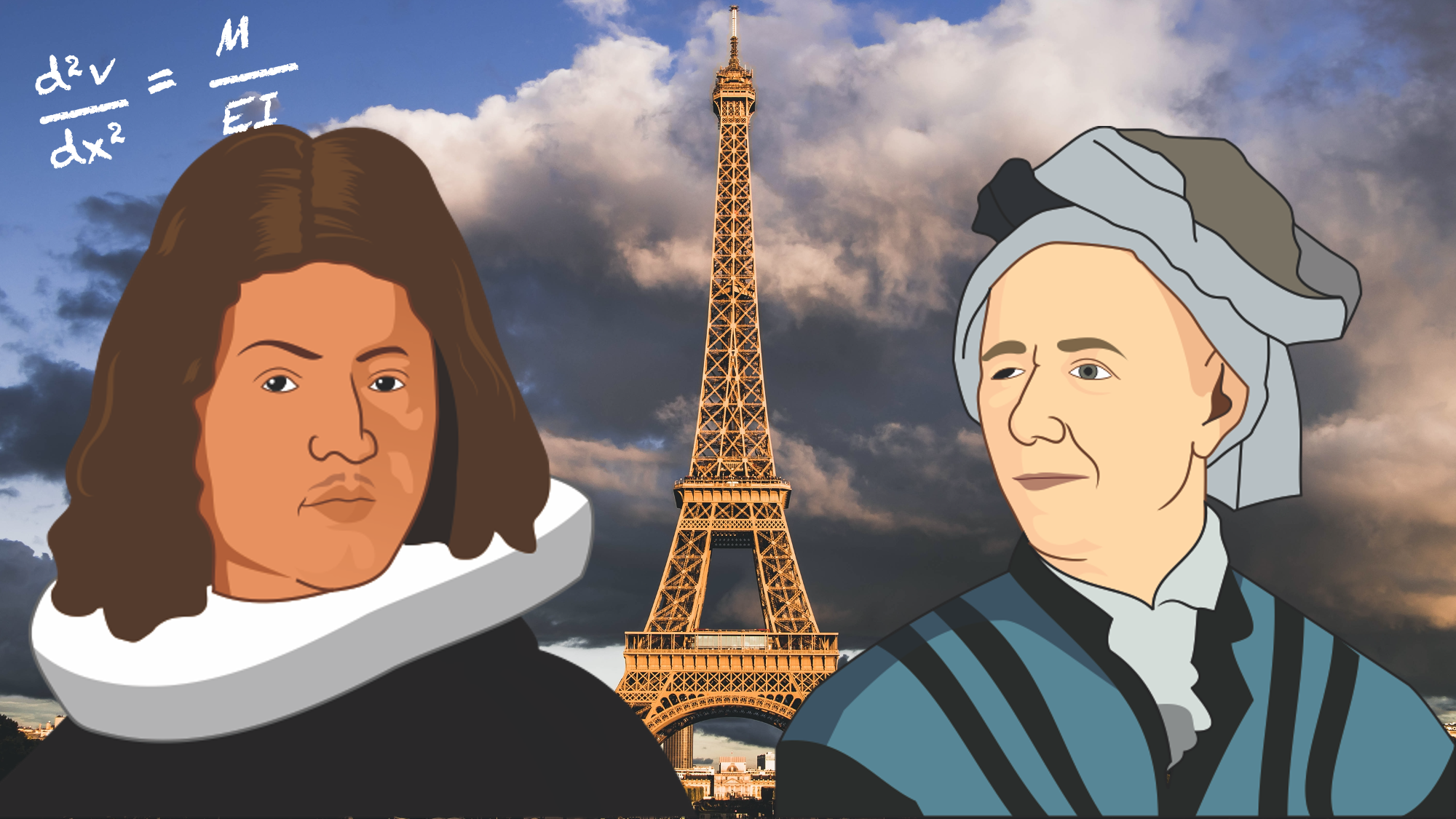 Jacob Bernoulli (1655–1705), left and Leonhard Euler (1707–1783), right. The Euler-Bernoulli beam theory is one of the most important theories in Mechanics of Materials. This theory describes the behavior of beams under transverse loadings. The successful application of this theory in the desisgn of the Eiffel Tower and the Ferris Wheel demonstrated the validity of the Euler-Bernoulli theory on a large scale.

What Is Mechanics of Materials and Why Do We Need It?

When we design any load-bearing structure, we must make sure that

The strength and stiffness of an element depend on the shape and size of the structure and the properties of its material. Support reactions and forces that are exerted on each element are determined by mechanics. So for a reliable design, we need to understand the relations between the geometry of the structure, mechanics, and the physical properties of materials. Mechanics of Materials (also known as Strength of Materials) aims to predict such relations.

To determine the loads that each element of a structure and supports bear, we apply Newton’s laws. In elementary engineering mechanics, we assume that bodies are rigid; that is, the distance between any two points remains the same when loads are applied. In reality, no body is completely rigid, and structures deform to some extent when acted by forces. In this course, we are concerned with the “mechanics of deformable bodies.” However, in most cases the deformation is so small that does not affect the analysis. For example, to determine the support reactions of a beam in Figure 1 as the result of a load P, we can use its undeformed geometry as long as P is reasonably small 1. In this course, we always make such simplifications. It is said we deal with small deformation theory (in contrast to large deformation theory in which the geometry and orientation of loads considerably change when loads are applied).

There are many cases that statics is not enough even though the body is assumed rigid. For example, if we add one more support to the beam in Figure 1, as in Figure 2, the system becomes statically indeterminate. To find the supporting forces, deformation of the beam, however small, becomes important, and in addition to Newton’s laws, we need to employ mechanics of materials.

The applications of Mechanics of Materials are broad in scope and have applications in many engineering disciplines, including mechanical, civil, aerospace, biomedical, etc.

In this course, we talk about: