Further examples of functions and their graphical representation.

The examples which follow will give the reader a better notion of the infinite variety of possible types of functions.

There is, however, one fundamental question which we cannot answer adequately at present. The reader has no doubt some notion as to what is meant by a continuous curve, a curve without breaks or jumps; such a curve, in fact, as is roughly represented in fig. 8. The question is whether the graph of the function \(y = x^{2}\) is in fact such a curve. This cannot be proved by merely constructing any number of isolated points on the curve, although the more such points we construct the more probable it will appear. 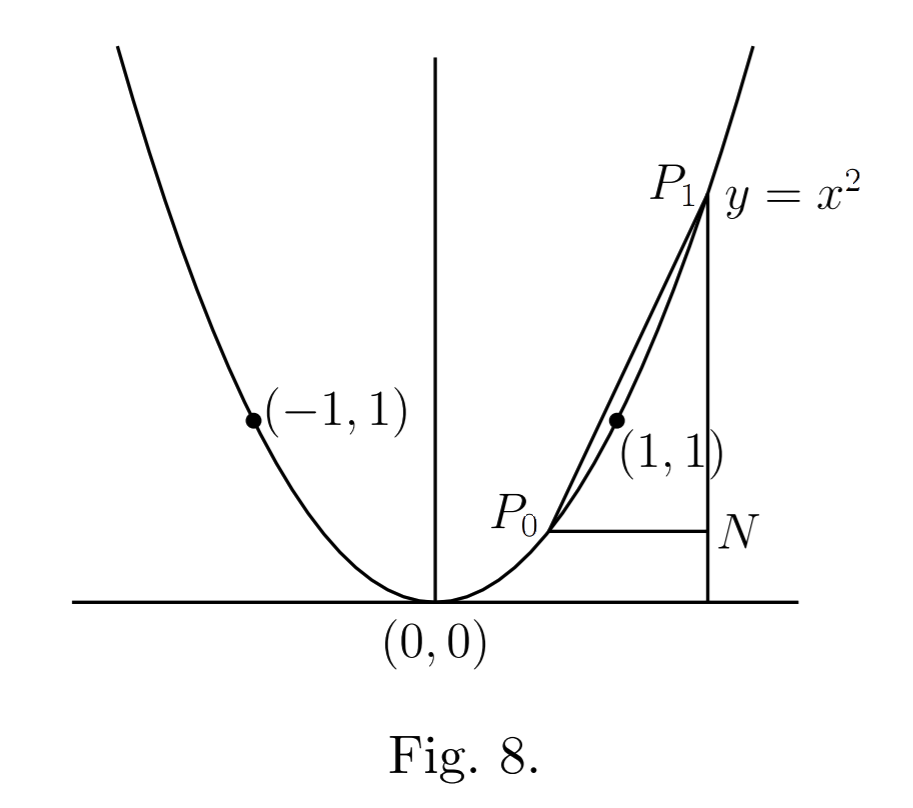 This question cannot be discussed properly until Ch. V. In that chapter we shall consider in detail what our common sense idea of continuity really means, and how we can prove that such graphs as the one now considered, and others which we shall consider later on in this chapter, are really continuous curves. For the present the reader may be content to draw his curves as common sense dictates. 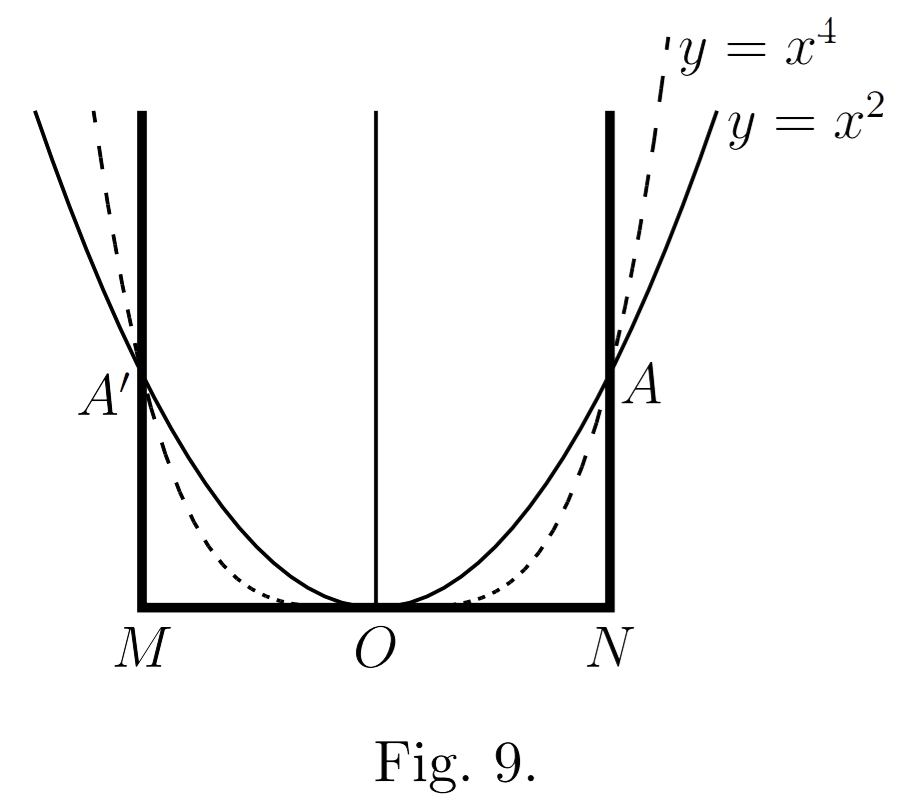 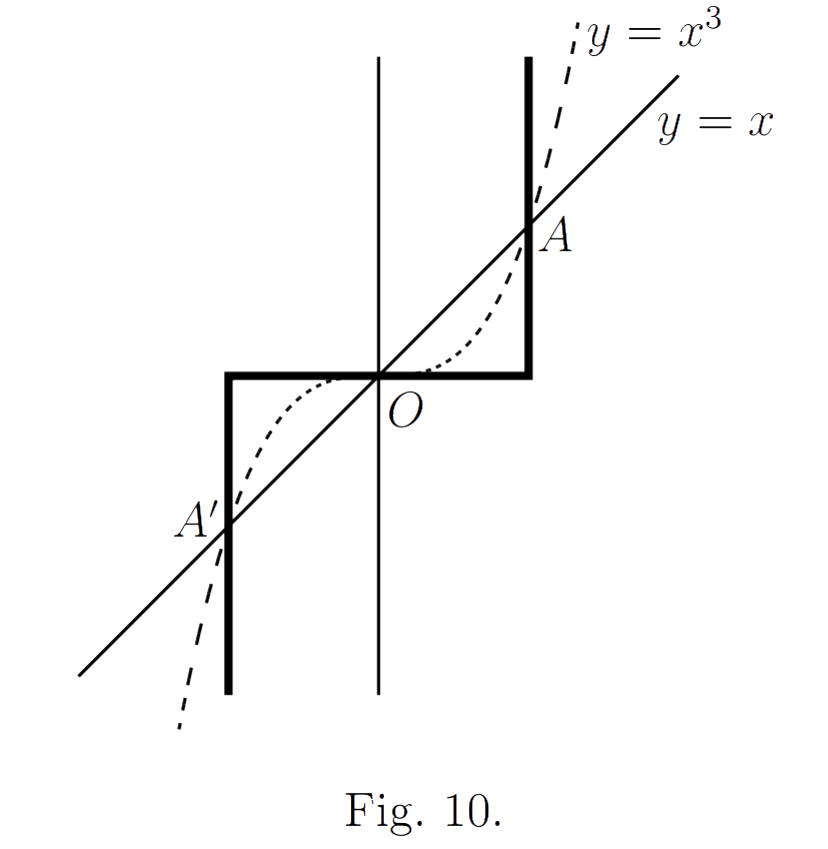 It is now easy to see how (theoretically at any rate) the graph of any polynomial may be constructed. In the first place, from the graph of \(y = x^{m}\) we can at once derive that of \(Cx^{m}\), where \(C\) is a constant, by multiplying the ordinate of every point of the curve by \(C\). And if we know the graphs of \(f(x)\) and \(F(x)\), we can find that of \(f(x) + F(x)\) by taking the ordinate of every point to be the sum of the ordinates of the corresponding points on the two original curves.

The drawing of graphs of polynomials is however so much facilitated by the use of more advanced methods, which will be explained later on, that we shall not pursue the subject further here.

[The reader should make up a number of examples of this type for himself. This idea of the relative rate of growth of different functions of \(x\) is one with which we shall often be concerned in the following chapters.]