The nature of particular functions may, in very many cases, be illustrated and made easily intelligible as follows. Draw two lines \(OX\), \(OY\) at right angles to one another and produced indefinitely in both directions. We can represent values of \(x\) and \(y\) by distances measured from \(O\) along the lines \(OX\), \(OY\) respectively, regard being paid, of course, to sign, and the positive directions of measurement being those indicated by arrows in fig. 6. 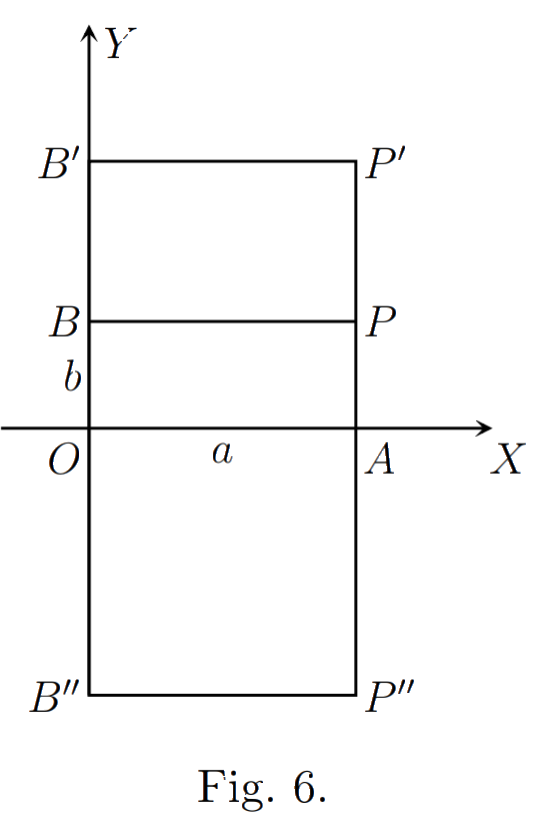 We shall sometimes use another mode of expression. We shall say that when \(x\) and \(y\) vary in such a way that equation  is always true, the locus of the point \((x, y)\) is a straight line, and we shall call  the equation of the locus, and say that the equation represents the locus. This use of the terms ‘locus’, ‘equation of the locus’ is quite general, and may be applied whenever the relation between \(x\) and \(y\) is capable of being represented by an analytical formula.